RYT 500 Teacher Certification
in the lineage of
T. Krishnamacharya and TKV Desikachar
Graduate 2005. 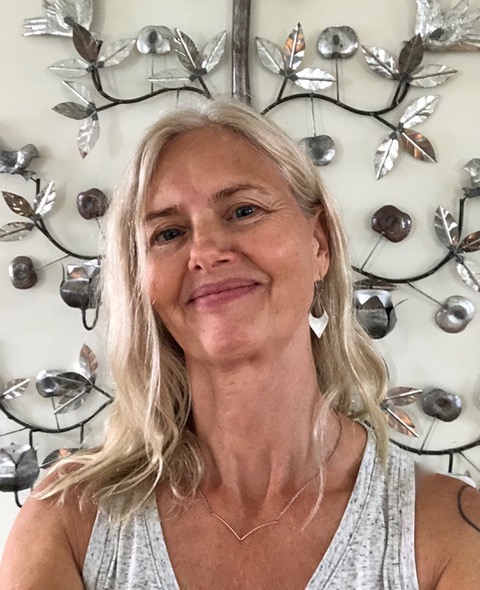 Kelly has been teaching yoga to diverse students of all levels and stages since 2005 and is a certified yoga therapist. She is passionate about yoga’s ability to transform and empower individuals in ways that address every aspect of who they are. She believes that as we begin to cultivate self-awareness, the potential for positive change is limitless.

Kelly discovered the viniyoga approach to hatha yoga in 1997, which emphasizes the connection between breath and movement as well as an individualized approach within each practice, so that it is relevant and meaningful for every person. She was drawn to this deep and subtle approach, which continually offered her a sense of ease and harmony in her daily life.

Seeking to learn more, Kelly began her 500 hr teacher training in the Krishnamacharya, TKV Desikachar lineage with Rosemary Jeanes Antze, a senior student of TKV Desikachar, and in 2006, was honored to travel to Chennai, India to study with him directly. Her ongoing journey later took her to Seattle, where she began her therapy training with Robin Rothenberg of Essential Yoga Therapy. She received her yoga therapy certification (C-IAYT) in 2015.

These enriching experiences continue to inspire her teaching today. Kelly strives to create an environment that encourages open curiosity and spirited exploration as she skillfully weaves breath awareness, creative sequencing and meaningful adaptation into her small classes, one-on-one sessions and workshops.

I was a little apprehensive about doing yoga because I have low back issues but after attending my first class with Kelly I knew I had nothing to worry about. There is so much attention on adapting the yoga so that it’s safe and comfortable. I love the emphasis she places on the breath and its connection with each movement. It has allowed me to go a little deeper each time in a way that feels steady and strong, yet relaxed. I really look forward to these classes. I’m starting to feel more space and openness in myself and my back’s feeling so much better. A. R.

Best yoga class ever! I have been attending Kelly’s classes for about 5 years now and just love them. The classes are a great blend of challenge & variety, which flow smoothly together. I come to yoga to keep my body strong, flexible & in balance. Kelly’s sound knowledge of yoga keeps me challenging myself to grow & develop. I highly recommend taking a class with Kelly!